From May 19 to June 18 2022, the Galerie La Forest Divonne joins forces with Swenden Studio in Paris and Brussels to create a unique sensory experience, through the meeting of art and taste! For this collaboration the Galerie La Forest Divonne Gallery and Swenden Studios associate their respective fields of expertise, the visual arts for one and gastronomy for the other, around a new concept bringing together six international artists and six great star chefs.

This project will be developped in the two galleries and in these six exceptional restaurants.
On the one hand, the chefs will invite the artists to set up a part of their restaurant, and will be inspired by the work of the artist associated with them to create a unique culinary experience which will be declined in meals in the restaurant. The public will be able to reserve seats to live this cullinary
and artistic experience at the artists’ table.
On the other hand, throughout the project, the two galleries will each exhibit the three artists associated with the project in their city in a collective exhibition allowing the public to immerse themselves in the works that have so inspired the chefs.
In addition, some of the chefs will offer the public a taste of the flagship flavors designed for their restaurants in the form of a spice, a tea or a bite to eat.

Alain Passard, chef of the Arpège*** restaurant, and Jean-Bernard Métais, French sculptor.
Alain Passard (1956), awarded three Michelin stars since 1996, is world-renowned for having brought vegetables to the pinnacle of gastronomy, introducing a 100% vegetable menu to his menu in 2001. His audacity, intuition and creativity have inspired generations of chefs around the world. Jean-Bernard Métais (1954) is famous for his monumental sculptures installed in the public space of major cities in China, the United States, France, Belgium, Norway, Luxembourg and the United Kingdom. Wherever he works, he immerses himself in the spirit of the place to express its underlying forces and emotions.

Bruno Verjus, chef of the restaurant Table* and Guy de Malherbe, French painter.
Bruno Verjus (1959), one-star chef of the restaurant Table, is a self-taught and charismatic chef, creator of a personal and flamboyant cuisine d’auteur, who will be inspired by the paintings of the French painter Guy de Malherbe. The works of Guy de Malherbe (1958) have been exhibited in the United States, France, the United
Kingdom, Japan and Belgium, and feature prominently in French public collections and many European private collections. One of the main threads of his work is the dialogue between the organic and the mineral, particularly embodied in his recent works, where artichokes, oysters and chops take on the appearance of silhouettes or mountains.

Adeline Grattard, chef of the Yam’Tcha* restaurant, and Valérie Novello, French artist.
Adeline Grattard (1978), is the one-star chef of Yam’tcha, whose cuisine was propelled onto the international stage by the documentary Netflix devoted to her in the series Chef’s Table in 2016. Accompanied by her husband Chi Wah Chan, a tea sommelier, she draws her inspiration from the cuisine of Hong Kong, where she practiced before opening her own restaurant. Valérie Novello (1971), a Franco-Italian artist who has exhibited in France, Belgium, Italy and Taiwan, whose work ranges from sculpture to drawing in search of the unknown, to be discovered through art. A practice that leads her to define herself as an «artist-archaeologist».

Reservations for restaurants at the artists’ tables will be made via the gallery :paris@galerielaforestdivonne.com 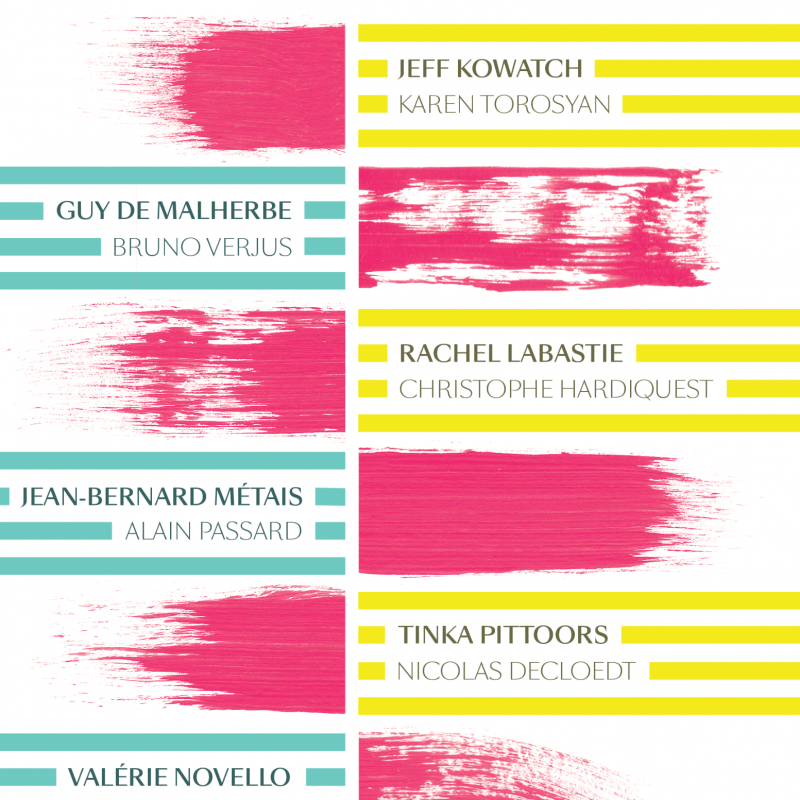 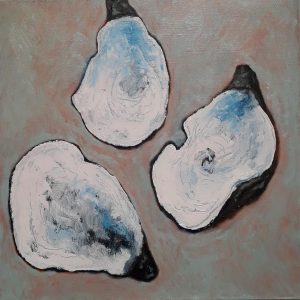 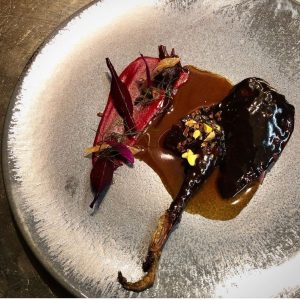 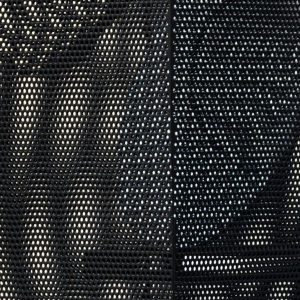