I discovered the work of Alain Veinstein through his writing, a writing in which the earth, the grain of the earth, was an interlocutor (1). A very material land, that you dig, that you dig but elusive as is emotion that shapes you or a metaphysical and brief feeling of space. In fact, a space on the ground, stripped of everything, that I find in his last book À n’en plus en finir (2) when he writes: “There, on the other side of the wall, I have always imagined a bare land, deserted areas as far as the eye can see. It may be that when I was born and opened my eyes to the world, it was this land that appeared to me (…). There became for me beyond what one imagines. Beyond any horizon. »

Before being a writer, Alain Veinstein was a painter, and he never forgets this, as if he carried within himself these “below” and “beyond” words, this space which we can say precisely what it is “nowhere”. That of a painting where it is not a question of image or object but of space and form. As a new painter, Alain Veinstein goes, resolutely, towards this land where the painting is more alive than nature, because its movement, unlike the four seasons, has no end, no death and no beginning again. He is there and he is the one to be approached by the gestures of painting that seek life and maintain it on a few square centimetres of canvas where it will no longer be hidden.

This undertaking is anchored in the reality of the world as a night, a mountain, a body can be but, even more, in an abstract “real”, that of a mobile thought that links us to these forms that Alain Veinstein paints. It is this profound experience of perception, of presence and disappearance, of metamorphosis and projection towards a place that we must now inhabit, for a time, to be the companions of its birth.

Let us call this place: mountain, field or landscape. The earth, this time, is no longer “on the ground”. Become painting, it is a cosmos, there in front of us, physical, tangible, solid as a matter that the sight allows to seize, to go through, to appropriate as does the heteronym of Pessoa, Alberto Caeiro.

This earth is traversed, fleeting and yet, thanks to the painting, constructed by a paradoxical feeling of permanence.

Alain Veinstein takes up a classic subject from the history of painting to plunge us into it, in search of renewed vitality. Nature situates us in the universe but a universe manifesting itself through a mysterious, organic abstraction that never ceases to “give body”. It provokes a deep feeling of interiority, contradicted, “swayed” by the outside world, by a composition traversed by colours and figures in weightlessness. It is necessary to know how to see the inside and outside of a “country”.

If I look at it attentively, I am aware that I am constantly moving from one dimension to another. I experience the thickness of intimacy, of a substance, like the radiance of the light of a star, the darkness of a ubac, a crumbling ground like the joyful dance of pictorial creatures. I am in this beat, this breathing between the recognition of a subject called mountain and the impossibility of naming it. I am in it and out of it. I am at the heart of reality, like Caspar David Friedrich’s walker, who is at a point of balance and imbalance allowing, through black and colour, through painting itself, to live a mental “song of the slopes” (3) and thus, by the force of things, to preserve the awakening, to be on the lookout. 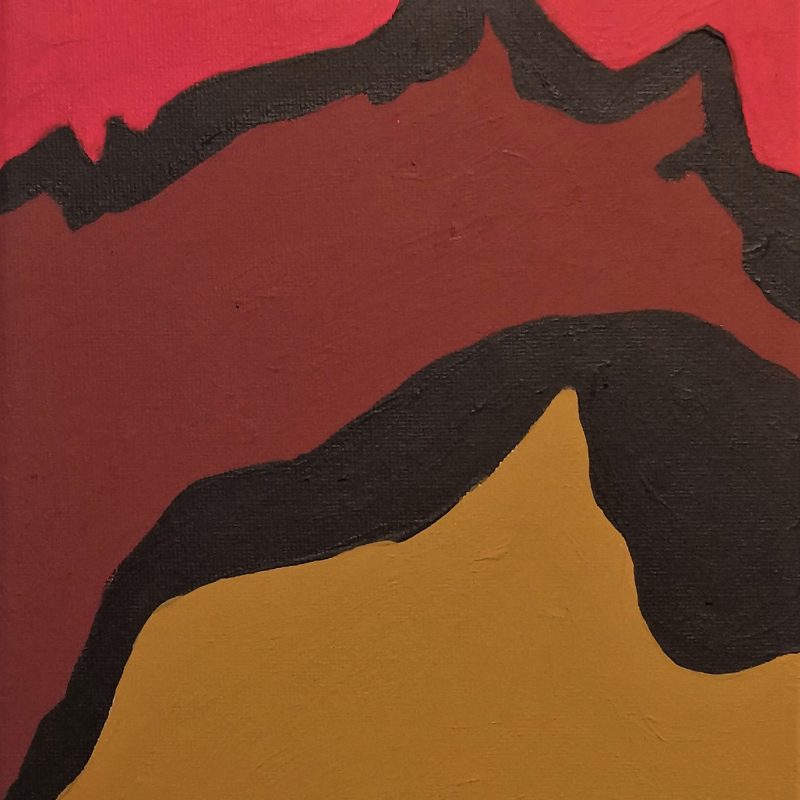 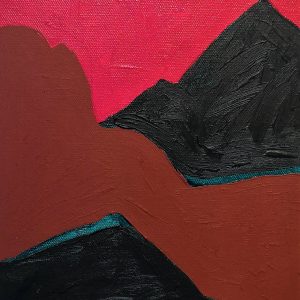 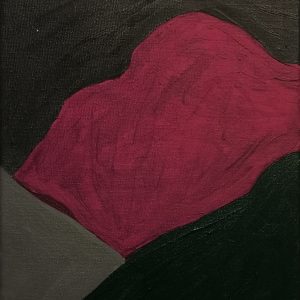 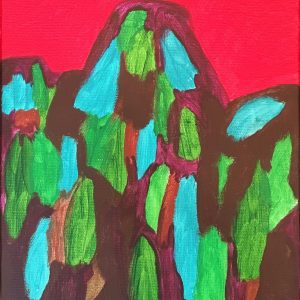 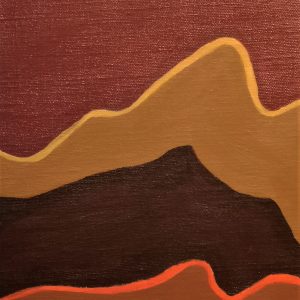 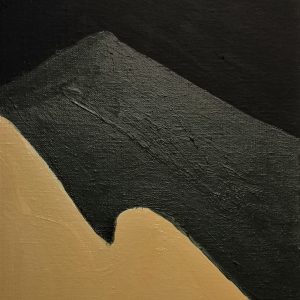