From 31 March to 11 May 2022, the La Forest Divonne gallery will present two solo exhibitions simultaneously. In the first room, Caribaï’s Clairvoies, and in the second, Philippe Borderieux, Les céramiques du peintre.

Borderieux recreates the atmosphere of the forest with all its fascinating and disquieting expressions, using two media that he considers complementary: ceramics and painting on canvas.

He thus reveals buried memories of the banks of the Loire, of Gien or Beaugency, and of the large forests of Sologne, places of his childhood which irrigate his imagination; vast territory made of clay, sand, and greenery, of intense light: places of the fusion of elements. In this way, a whole set of emotions and meditations develops, which is revealed in his sculptures, like so many nuggets discovered near the ponds, in the ditches filled with heather and broom. Anthropomorphic-looking trees buried in the dark peat of marshes and forests. A tamed nature, marked by its own mythology.

Each of his works depicts memories that resurface in waves, immersing him in an environment of vegetal forms, sometimes soft, sometimes dark, and violent.
His artistic approach reveals a great deal of spontaneity in the representation of this vegetal universe, but this spontaneity is established slowly by successive layers. 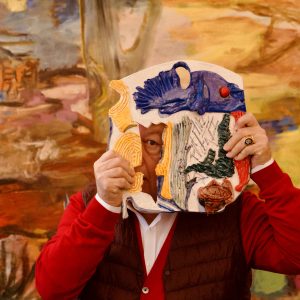 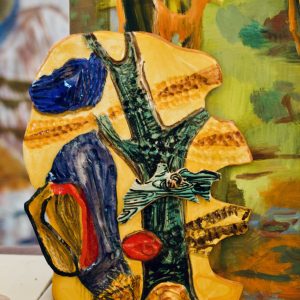 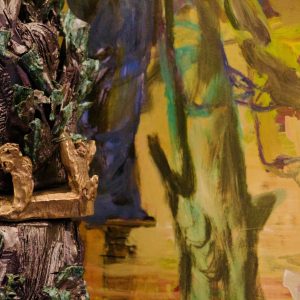 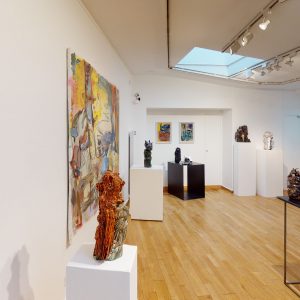 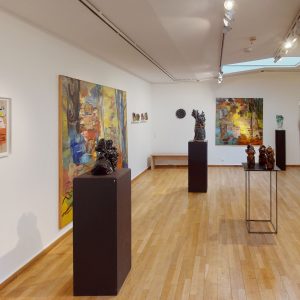 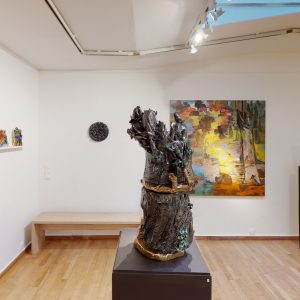